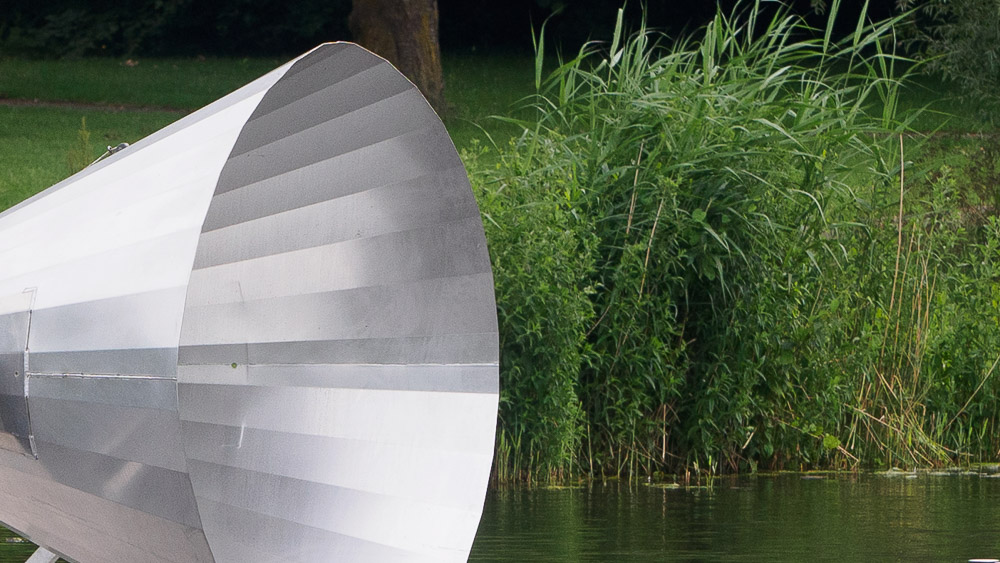 This autonomous sound sculpture by Umberto (Bert Lemmens) makes a poem by Folkert Buiter sound for everyone who wants to hear it. “Freedom of Madness”, presented by Rianne Wilbers (soprano) and singers from Wijchen, has been incorporated into a musical composition and soundscape by Bart van Dongen. 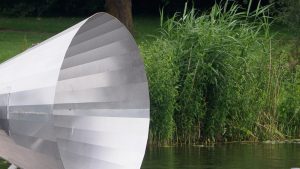 The multiple voices echo the dilemmas we need to deal with. About the freedom, or madness, of this time, which the work expresses and depicts, the artist says: Religious freedom or religious madness – if madness claims freedom and your freedom is curtailed, because you have to be tolerant of the intolerants. Or… is freedom used to prevent madness and spread freedom?

Let everyone have the freedom to think, believe and feel what they want without expecting, demanding, fighting or forcing another to do the same. Without anyone having to live by faith-devised rules. Nobody has to believe, but that seems to have no ground with fundamentalists and intolerants. There is never freedom to curtail another’s.