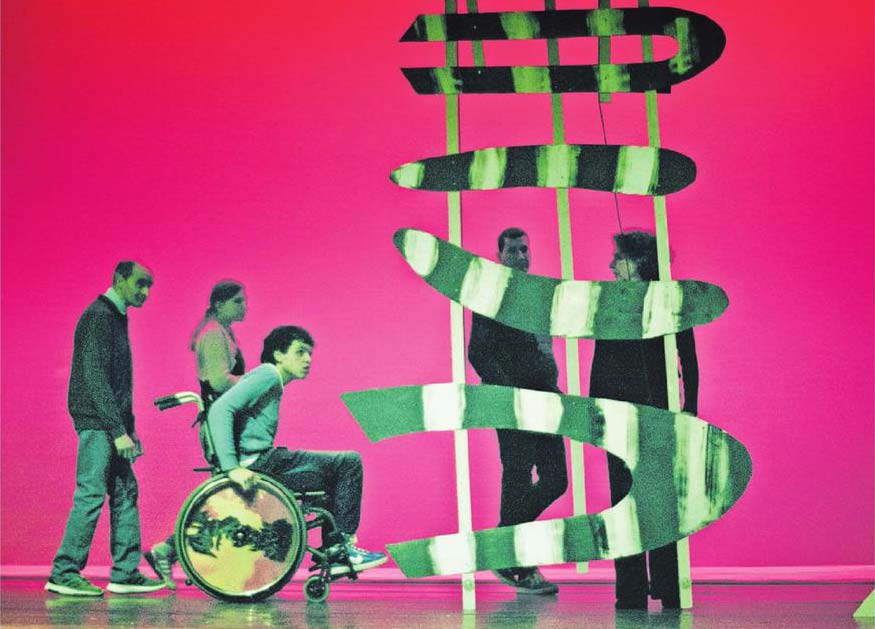 Stedelingen, a theatrical and musical adventure, is inspired by, among others, the Mahagonny by Bertold Brecht. The theme of the performance is the search for happiness in the city. The city, where apparently everything is and where everything seems to be possible, but where many people are lonely and cannot make it. People try to meet society’s expectations and imposed norms to “belong”. Whoever does not succeed is depreciated and drops out. 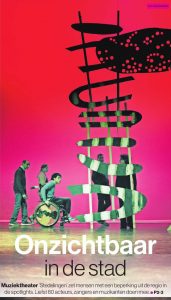 Stedelingen puts people with a disability, a group that is often invisible in the city and in the arts in particular, in the spotlight. Their search, desires, dreams and challenges are central. Around 80 actors, singers and musicians together show that everyone has a role on the big stage. A show where limitation and power meet.

Director Stefan Jung involves the personal experiences of the players in the performance. Play, movement, singing and music reinforce each other. The songs are sung by a project choir led by Lizzie Kean. Bart van Dongen and Edward Capel elevate city sounds to music.

With this production, initiators Lunet zorg, Carte Blanche, Parktheater Eindhoven and Stichting Dutch Happiness Week want to show the added value of diversity and contribute to an inclusive society. The premiere of Stedelingen (on March 18) will take place during the Dutch Happiness Week 2019.